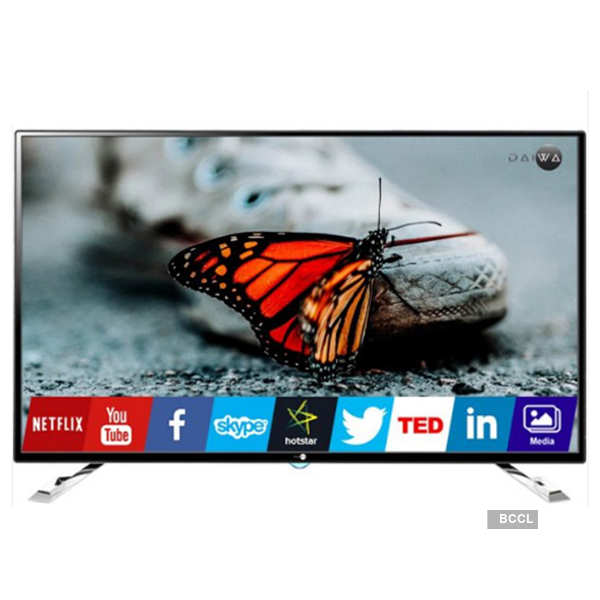 Homegrown TV brand Shinco launched a new 4K smartTV with model number D55UVC6N, which is priced at Rs 36,999. The 4K smartTV comes with a 55-inch screen, 3840×2160 pixels and an A+ grade panel, which provides vivid colours. The Android-powered 4K smartTV is equipped with comb filter, screen capture and picture enhancement technology along with a host of other features such as minimalistic bezels and an in-built Dolby sound with an output of 20W. The 4K smartTV offers 8GB internal storage and 1GB RAM. In terms of connectivity, the 4K smartTV includes two USB ports, HDMI inputs and an ethernet port. Talking about the launch of the 4K smartTV, the company’s press release said, “The 4K Smart TV assists the Power Audio volume that turns your living room into a party hotspot; Eco Vision reduces power consumption for enhanced contrast that reduces on-screen noise. With the help of M. Cast, cast your smart device’s screen on the TV and enjoy the world of entertainment on a bigger picture both Android and I Phone (Via E-Share).” Arjuun Bajaj, founder of Shinco, said, “We are excited with the launch of Shinco 4K TVs in India, that too at the most budgeted prices with the latest in Technology and several value added features. Redefining the 4K TV Market in India, expect the unexpected from the house of Shinco.”

Free Shipping
Free Installation & Demo
Pan India Service
100% Secure EMI options
Let's Stay in touch
Get updates on sales specials and more
Follow Us
We want to hear from you!